Shanghai has a really nice set up, this time we didn't have anything specifically planned which was great. 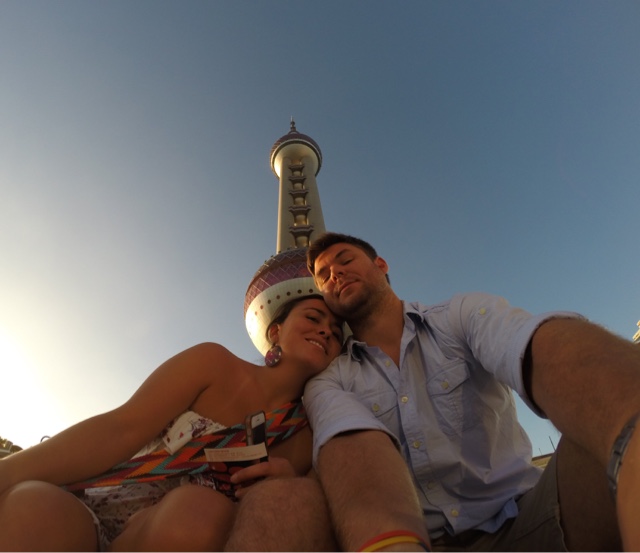 Our hotel had a full spa onsite so we found ourselfs hanging out at the sauna, jacuzzi and pool. 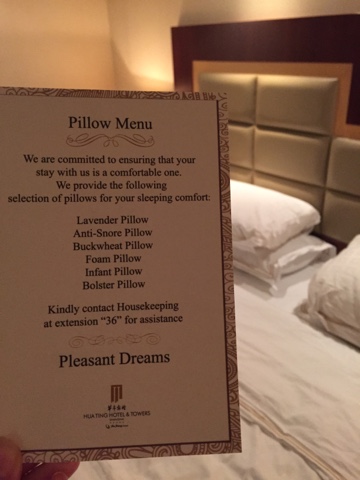 Also we got massages around the block.
Of course the hotel was situated right across the Shanghai indoor stadium gymnasium, so David could do some basketball stuff. 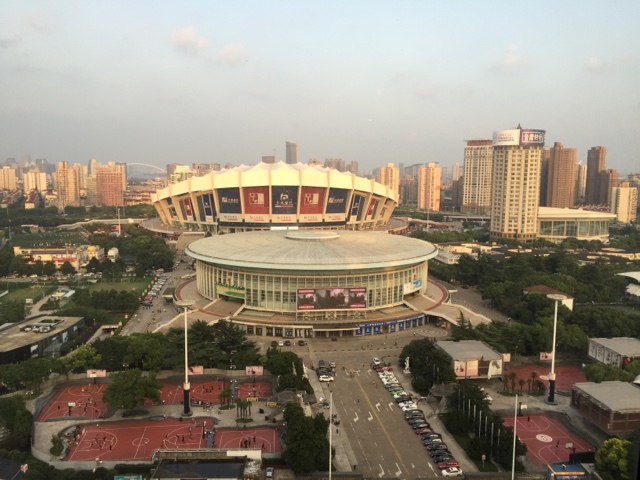 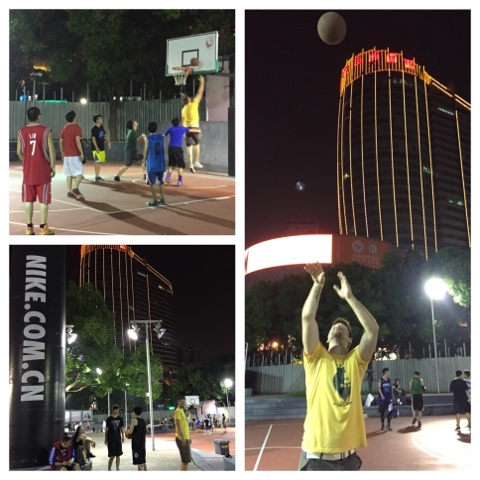 Our Highlights of Shanghai are:
The Oriental Pearl TV Tower 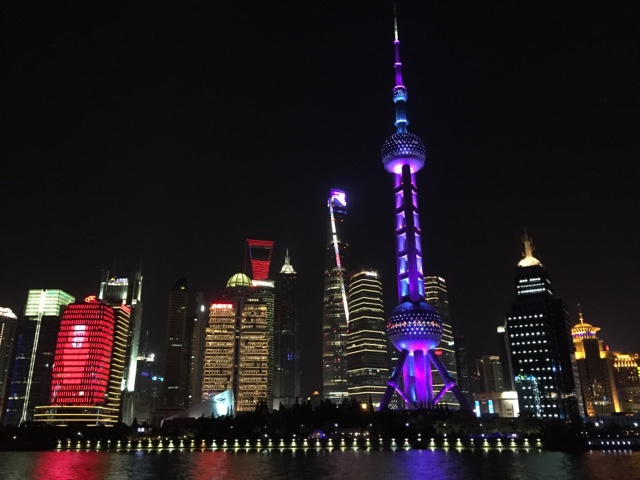 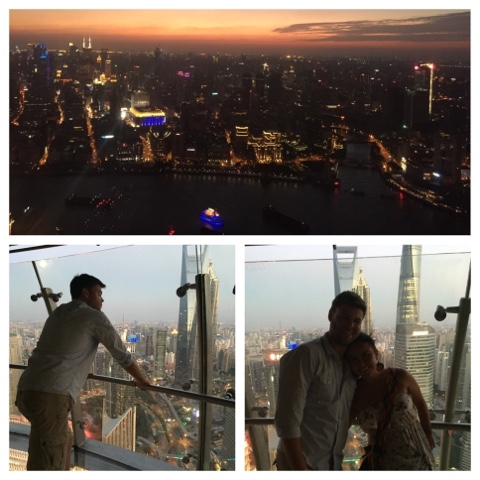 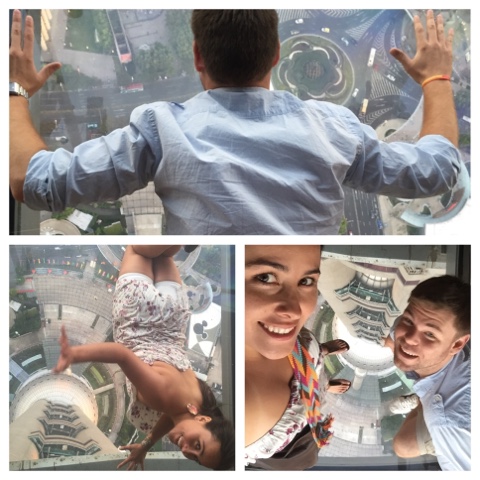 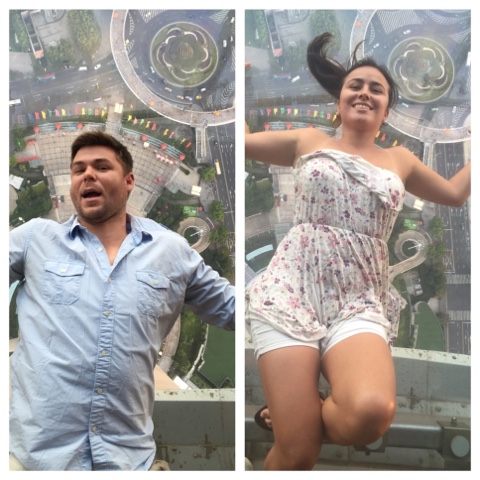 The tower is across the river from the Bund area which is nice to visit anytime of the day and has an amazing view at night too. 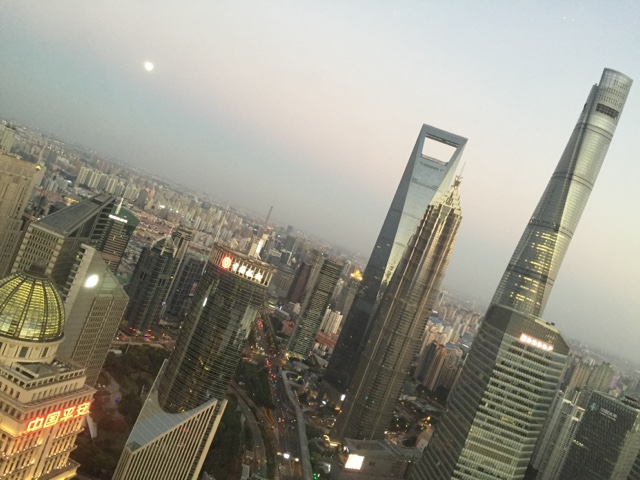 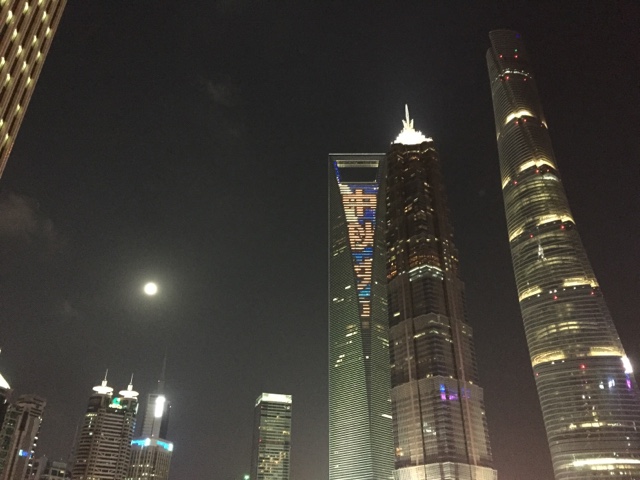 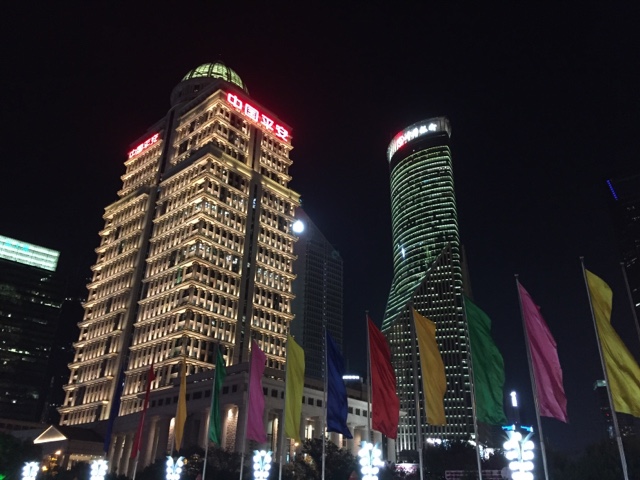 You can take a train that goes into a tunnel to cross under the river which has an interesting light show... 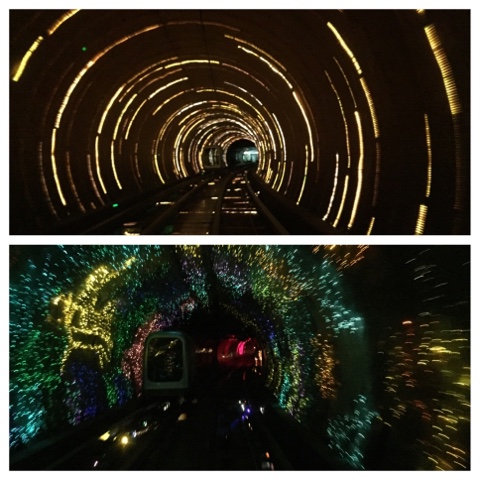 We took a river cruise which has awesome views from the Huangpu river. 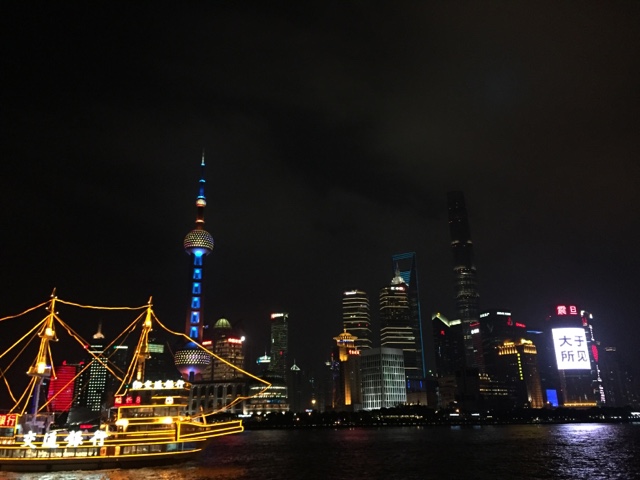 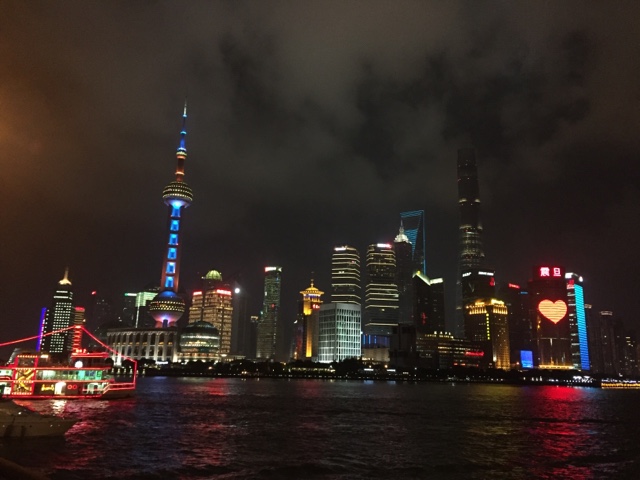 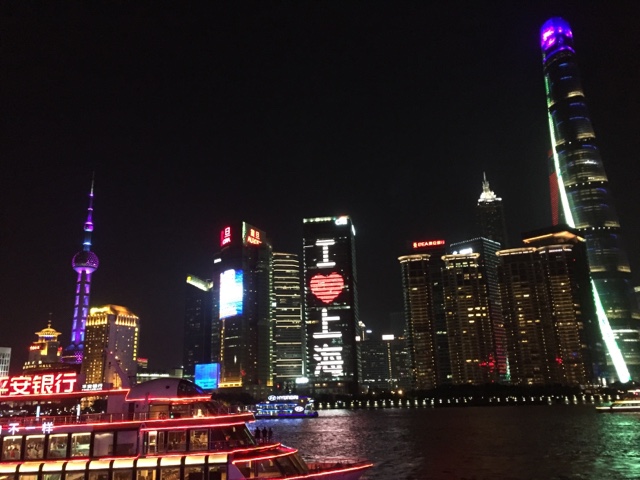 We happened to be there during the Mid-Auttumm festival where traditionally, families get together, eat moon cakes under the moon light . Of course I had to buy one. (These are not the same type of "moon cakes" that you can buy in Amsterdam though) 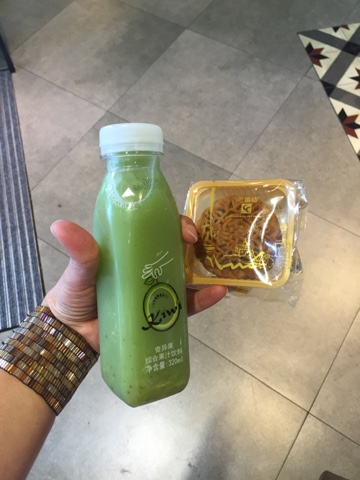 Also, the People's Republic of China holiday is from October 1st to the 7th, so we got to see a little bit of the celebrations. Chinese people get few days off during this time, so all the places are extra busy! 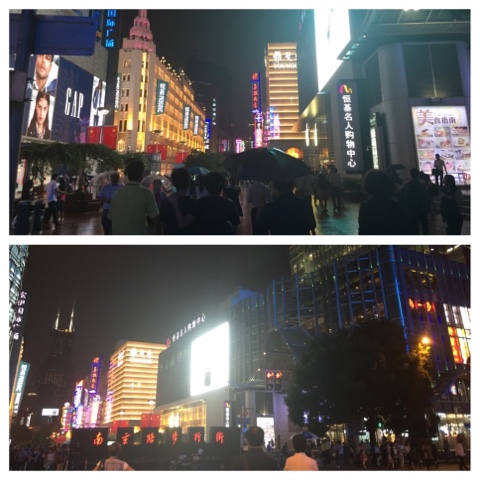 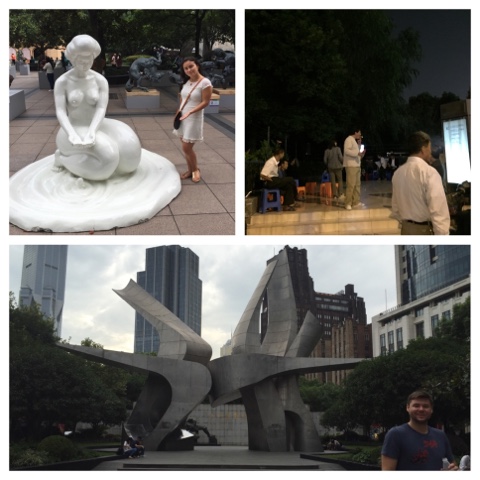 Another must see is the Quyuan Park, which is very close to the Yuyuan garden metro station. This place has some really pretty chinese architecture and tons of shops 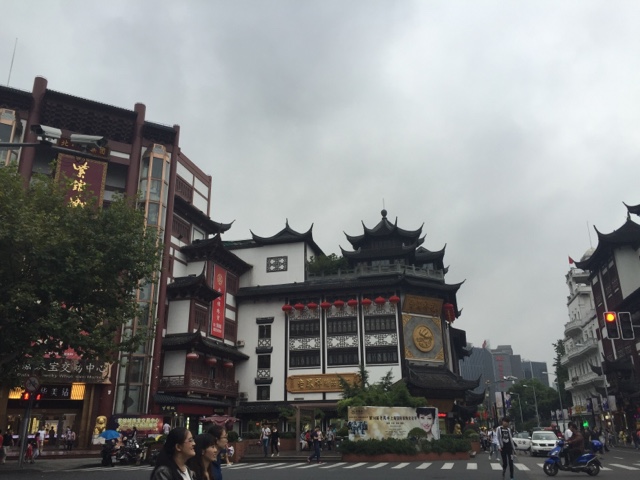 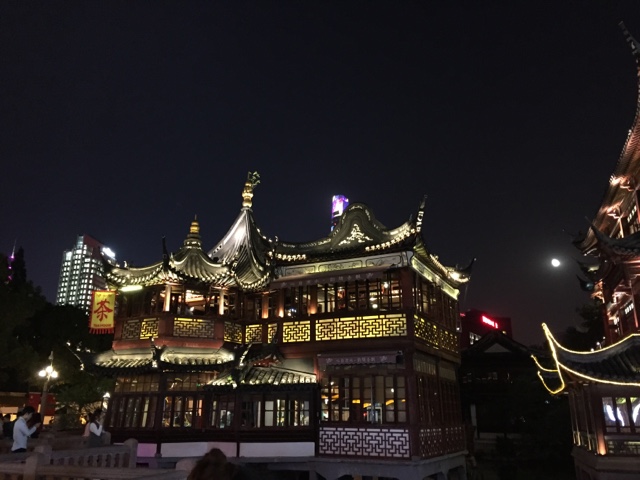 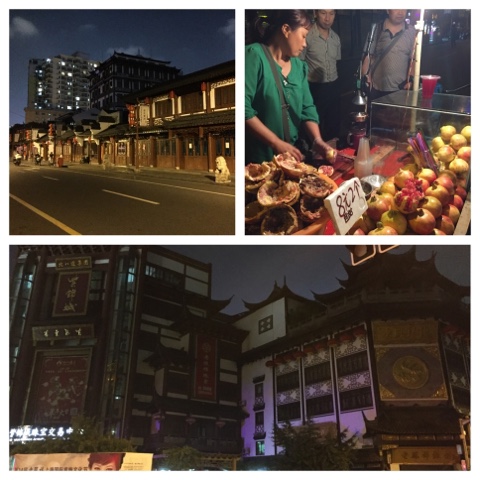 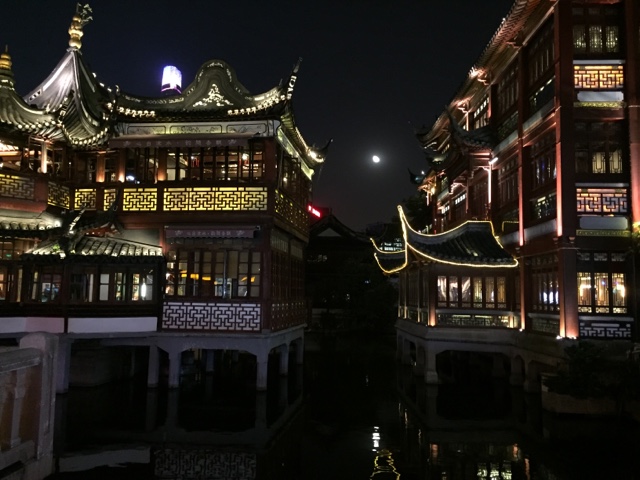 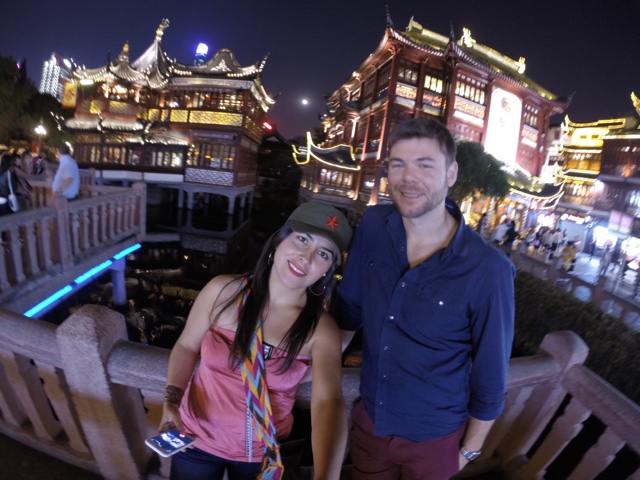 And if you want to do some nice and cheap shopping visit the "copy market" mall, which is located on the same street of all other expensive malls. 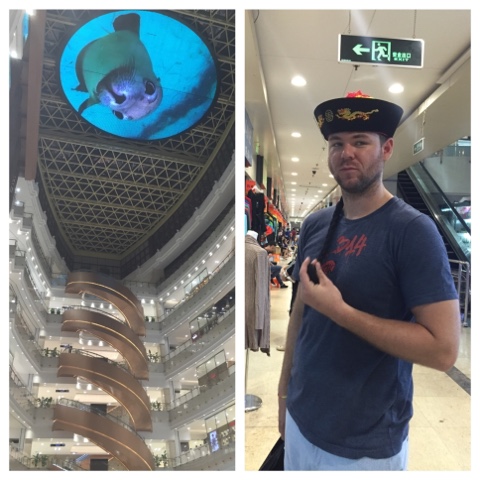 We also got to try Chinese acupuncture for the first time  and it was great. You can easily find TCM ( Traditional Chinese Medicine) hospitals or clinics where they practice traditional treatments that include herbs and acupuncture.
In case you are interested here is where you can go to ;) 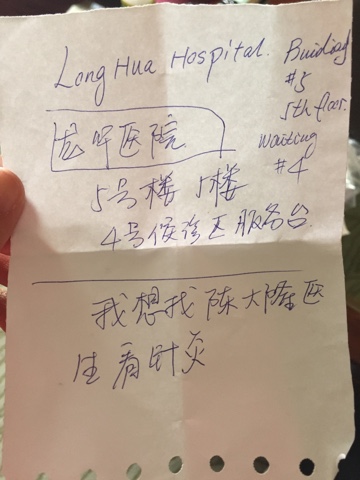 It was very interesting as the doctor started his assessment asking  questions such as, how do you sleep?, do you dream?, do you have good or bad dreams? Are you feeling happy or sad?
They also use warm suction cups. The idea is to bring more blood to the specific area so the blood will flow though those muscles. This treatment leaves some bruises for a couple of days however they then disappear as the blood strarts flowing again. One thing I can say is that it felt good and it really helps relive neck and shoulders pain. 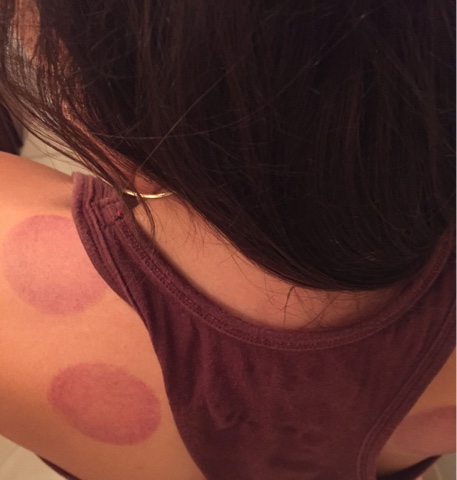 Here are a couple of pictures of some of the food we tried and also a funny restaurant that had a bathroom theme! 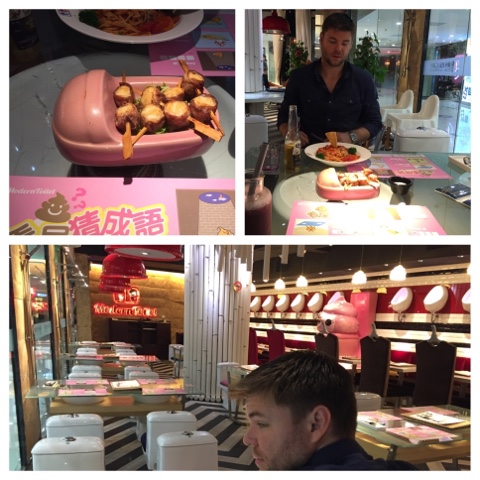 Posted by Angelica Rosso at 3:58 AM